On the 29th of September, GAMIAN-Europe held its Board Meeting and a new president Péter Kéri was elected. Alongside working for GAMIAN-Europe, he helps run the Awakenings Foundation in Hungary.

Who is Our New President? 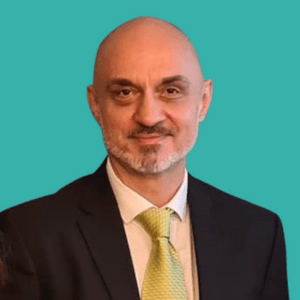 Péter Kéri was born in Budapest and graduated as a teacher in 1992. He received his second degree in Public Relations in 2007. He taught briefly in primary and secondary schools and then obtained a certificate in advanced travel management. For ten years he designed special incentive group travel for multinational companies in Hungary. He has travelled to many countries around the world and his work has opened him up to different cultural environments. During this period, his outspoken blog was a popular read not only in his cultural circles but also across the country.

For several years, Peter he has worked at the Hungarian organisation Awakenings Foundation, where he is responsible for the foundation’s innovations and projects. Alongside his self-help groups, he has helped with his own innovations to ensure that people with chronic mental illness in different care systems can access help daily, like other chronic patients.

He has co-authored numerous studies and research and has received the Anti-stigma Award in Hungary.

Peter has been working with GAMIAN-Europe for more than 5 years, determined to bring the knowledge and to make the best models of care, research and self-help available to all.

Executive Committee Election and Farewell to Our Previous President

Other key positions that were filled were Helen Bennett was elected as vice-president, Myriam Bea was elected as secretary general and Jacinta Hastings was re-elected as treasurer. Congratulations to all on their newly held positions.

We would also like to extend our most heartfelt thanks and appreciation to Hilkka Karkkainen for her guidance as President of GAMIAN-Europe for seven years, the past 6 years as well as a year as President in 1999. She will now join the board in her role as immediate past President.