“It made me the person that I am now.” 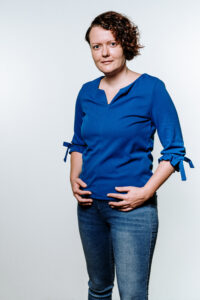 One of the hardest things Tineke Mollema had to do was to accept she has bipolar disorder. Things had to get worse before they got better — with a hospital admission — to let it fully sync in.

Bipolar disorder is a condition associated with manic highs and depressive lows that can last from days to months. Tineke was initially diagnosed only with depression when she was 16 and got her full diagnosis a bit later. She began taking medication and did cognitive behavioural therapy, which she said helped her with her self-esteem.

After three years, she began experiencing a so-called rapid cycling stage, where she had manic episodes at night and depression during the day. Her states would change daily, becoming unsustainable. Tineke ended up in the hospital.

“After the hospitalization, I really admitted to myself that I had to do things differently and keep a good structure during the day,” she said. “I had to accept what [the disease] was doing to me and the ramifications it had in my life.”

“That’s how I ended up in the hospital because I didn’t see the signs, and I kept working and being awake at night and sleeping in the morning and also being really busy in the evening,” Tineke said. “That was not good. I didn’t accept the disease at the beginning.”

Acceptance also meant Tineke could begin to be more open about her condition to friends, family and coworkers.

“And it also made me want to help others with this disease,” she added. Tineke works for Plusminus, an association supporting patients with bipolar disease in the Netherlands.

Her advice for someone recently diagnosed seeking to improve their quality of life: bring structure into your life and be mindful of your energy levels.

For example, Tineke stays away from social media before bed because she says the algorithms are addictive and risk keeping her scrolling. Instead, she runs through her mind all the things she accomplished during the day, even if it’s something like emptying the dishwasher. These self-compassion exercises are important, she said.

“I try to stay more in the present because my depression is not under my control,” she said. “And if I think about the future, then I may be afraid to get depression again. It’s very important not to think ahead too much.”

“People easily say ‘Just get out of bed and do this, do that,’ but that’s the hard thing about depression,” she said. “I think a lot of times people don’t see how hard it is just to fight for a normal life.”

She added: “And that’s the nice thing about having a peer support group. You don’t have to tell someone how you feel. They already know how you feel so you can talk about it.”

Despite the challenging moments, Tineke said she is trying to focus on the good things her diagnosis brought her, including all the people she has met and the satisfaction she gets from her work.